Up until recently, amputations were often approached from the point of view that “The animal has three more legs.” This was often the prevailing view of the not only the surgeon, but also everyone that had a say in their aftercare, including the owner.

In more recent years, there have been vast improvements in pain management but the prevailing attitude toward amputation, “he has three more legs” is still quite prevalent. This attitude has got to change, especially among the surgeons that perform limb amputations. Another prevailing thought that has survived the decades is getting as much of the amputated limb out of the way as possible. The rationale behind this is that if “X” is removed, it is best to cut as high as possible so that the animal doesn’t forget and try to use the remaining leg, causing damage to the end of that limb.

Some veterinarians, especially those in rehabilitation, are becoming aware that the above prevailing attitude is doing a great disservice to the amputees. Just as in human medicine, our pets benefit from salvaging as much of a limb as possible; vastly increasing the prosthetic options available to the individual post-operatively.

Another problem that these patients and their caregivers encounter post-operatively is the lack of veterinary support once the sutures are removed. These animals are expected to get by on their own, making do the best that they can with their new life circumstances. Prosthetics and rehabilitation are rarely given as an option to pursue. Pain control beyond 5 days of NSAIDs for the post-operative period is rarely offered. Yet these are patients that are going to have pain issues for several months, even with a prosthetic, as they learn to use the device properly.

It would be wonderful for every tripod pet go back in time and get the surgery and aftercare done right. There are still some things that can be done, but some developed pain issues become very hard to treat over time. For those of you anticipating an amputation for your pet, I can offer some advice for you as your surgery date approaches.

But what if your dog already had an amputation? Depending on each case, there may several issues involved. Chief among them are two problems. The first and hardest is the development of something called hyperalgesia—an increased sensitivity to pain—that is the result of enduring untreated pain conditions. The second issue often seen in amputees is something called Myofascial Pain Syndrome (MPS). This painful condition can often become the primary source of pain, and may not even be in the affected limb, but elsewhere do to a result of trying to compensate for the missing limb by subtly (or sometimes not so subtly) shifting weight to the “good” legs.

Let’s take a look at the hyperalgesia first. The spinal cord can respond to a constant barrage of pain signals by actually increasing its sensitivity to the incoming pain signals AND by recruiting non-pain sensing nerve fibers, such as those used for touch, and making them pain fibers as well. These changes can become permanent if not treated, and maybe permanent even if treated.

If a patient with is diagnosed with hyperalgesia, several things can be done:

Finally, look for the presence of myofascial pain syndrome. MPS is commonly one of the largest pain issues found in amputees. Although a description of MPS is complex and beyond the scope of this article, suffice it to say that its treatment is relatively easy if you can find a practitioner that has been trained in something called “dry needling.” This involves the insertion of acupuncture needles into the sites of the muscle that have MPS, which immediately treats the affected muscle, giving pain relief. To see a video demonstration of this technique on dogs, visit their website.

Pain treatment and prevention is a complex issue for our pets with amputations, and this writing has barely scratched the surface. Please use this article as a means to open a conversation between you and your veterinarian and help your pet get the treatment needed to resolve any pain he or she might have. 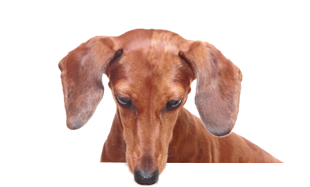